Story Time. Joining the Internet in the mid 90's.

#introductions [words in Italicized text have Definitions later in page]

My first access to the internet was via an academic server, running Irix on a Silicon Graphics machine. They were pretty, with some purple details and very modern design. We low grade users did not have physical access of course, but the Irix command line was quite enjoyable, I learned all the basic operations of the Internet (that was pre-Web days) via command line utilities.

Pine for email. Gopher was cutting edge stuff. FTP to download text and binaries, program files from remote servers. Telnet , to access another Unix system in Colorado were I had a free shell account - the very first one I ever had.

At first, I would Dial Up into the modem pool from home, connect via ppp, login with my friend's credentials (he was already a uni student, I became one there later too).

Screenshot of the Nyx About this Server page

On my first or second day there, sharing his account, I found myself this neat system in Colorado. It was a home for me for a long time, and it is still running.

Loved Nyx! We accessed it remotely at nyx10.nyx.net, via Telnet or SSH, using a secure shell protocol client programs.

Originally posted as Toots in a Mastodon instance. I wanted to create a Blog post about this, the story is just too nice to be lost.

Screenshot of the Nyx How to Join Server page. (2 of 2)

IRIX is a discontinued operating system developed by Silicon Graphics to run on the company's proprietary MIPS workstations and servers. It is a variety of UNIX System V with BSD extensions. Wikipedia page Company page

The Gopher protocol is a communications protocol designed for distributing, searching, and retrieving documents in Internet Protocol networks. The design of the Gopher protocol and user interface is menu-driven, and presented an alternative to the World Wide Web in its early stages, but ultimately fell into disfavor, yielding to the Hypertext Transfer Protocol. The Gopher ecosystem is often regarded as the effective predecessor of the World Wide Web. Wikipedia page

The File Transfer Protocol (FTP) is a standard network protocol used for the transfer of computer files between a client and server on a computer network. FTP is built on a client-server model architecture using separate control and data connections between the client and the server. Wikipedia page

Unix is a family of multitasking, multiuser computer operating systems that derive from the original AT&T Unix, development starting in the 1970s at the Bell Labs research center by Ken Thompson, Dennis Ritchie, and others. Wikipedia page Company page

Dial-up Internet access is a form of Internet access that uses the facilities of the public switched telephone network (PSTN) to establish a connection to an Internet service provider (ISP) by dialing a telephone number on a conventional telephone line. Dial-up connections use modems to decode audio signals into data to send to a router or computer, and to encode signals from the latter two devices to send to another modem. Wikipedia page Dial up modem sounds Dial up video (26 secs)

In computer networking, Point-to-Point Protocol (PPP) is a data link layer (layer 2) communications protocol between two routers directly without any host or any other networking in between. It can provide connection authentication, transmission encryption,[1] and compression.

PPP is used over many types of physical networks including serial cable, phone line, trunk line, cellular telephone, specialized radio links, and fiber optic links such as SONET. Internet service providers (ISPs) have used PPP for customer dial-up access to the Internet, since IP packets cannot be transmitted over a modem line on their own, without some data link protocol that can identify where the transmitted frame starts and where it ends. Wikipedia page

Nyx is a public access Unix system that brings you as much access to the resources of Unix and the Internet as we can allow. It is a public computing equivalent to public TV. Nyx is a free, public system that provides access to the Internet for users who otherwise cannot reach it. Nyx is run by a non-profit, tax exempt corporation called "Nyx Net." About Nyx Join Nyx

Thank you for reading this, please feel free to comment in this thread, your input is important. This page created entirely in MarkDown language. 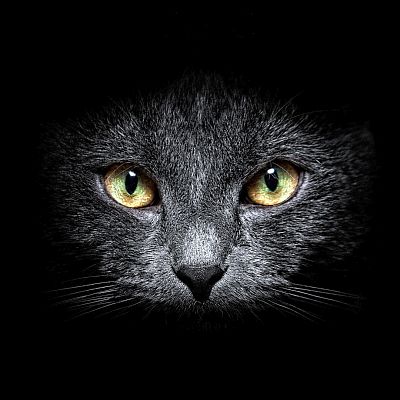 Ah, the good old times. Sometimes I miss them. An internet without all that fucking trolls 🙄